Last night, I attended an exceptionally moving screening of Lost Friends, a student and Tribune staff, co-produced documentary collaboration brought to us by True Star and the Mash. It was captivating from the first moment, but as young Chicagoans were recounting stories of those they lost to gun violence, a shockingly familiar name and face flashed across the screen.

In the summer of 2011, Kevin Ambrose, a student from Kenwood Academy, was a participant in a NASA summer program that I taught at The Adler Planetarium. He was kind, funny, creative, theatrical, dynamic, and incredibly smart. The kind of kid you knew right away was going to do something meaningful. Had *already* done something meaningful.

In early May 2013, Kevin Ambrose, a 19-year old theater student at Columbia College, was shot and killed at the 47th street Green Line station after going to meet a friend there to walk him home.

Could this really the same Kevin Ambrose? Could it really be the kid I shared my summer with, asking ridiculous questions about craters on the Moon, stuck in a silly room at the museum? Honestly, I’m reeling a little. I need to find out for sure. Is our world really so small?

Yes, I know it is. Somehow, I’m wondering why it matters so much whether it’s the same Kevin or not. Why doesn’t every senseless death by gunfire, or any violence in Chicago bring me to tears? How can I have ever been so callous about this epidemic? Just around a corner in the very small world we all share.

One of the most eloquent young people at the event last night, Michael Walton II, brought it all home for me when he asserted: “This isn’t just some Southside problem, this is THE problem. Why does it matter whether it’s a person in Lakeview or Englewood? And the focus is too much on the gun. This isn’t a gun violence problem, it’s a VIOLENCE problem. A social problem.”

He went on to talk about how the media throws around the term “gang related” and that immediately shuts us off. We implicitly wrap our assumptions around it, dismiss it, and forget that this is a child that had a mother and a family. A child, not a gang.

I think what this young man was saying was particularly meaningful because it reminded me that we *can* make a change, one child at a time. When asked what we could do, the youth at the front of the room almost unanimously repeated the same sentiment: more programs to keep kids off the streets and more caring adults in school to intercept these issues before they flare, to help them find a way around violence.

Anyway, take a look at this beautiful and brilliant work and take a moment to imagine seeing someone you loved or invested yourself into appear as a fleeting photograph and a grieving memory. I don’t think I ever honestly did, and I regret it.

A Little About Me 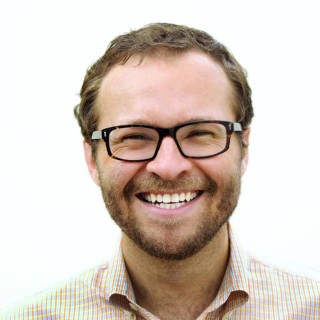